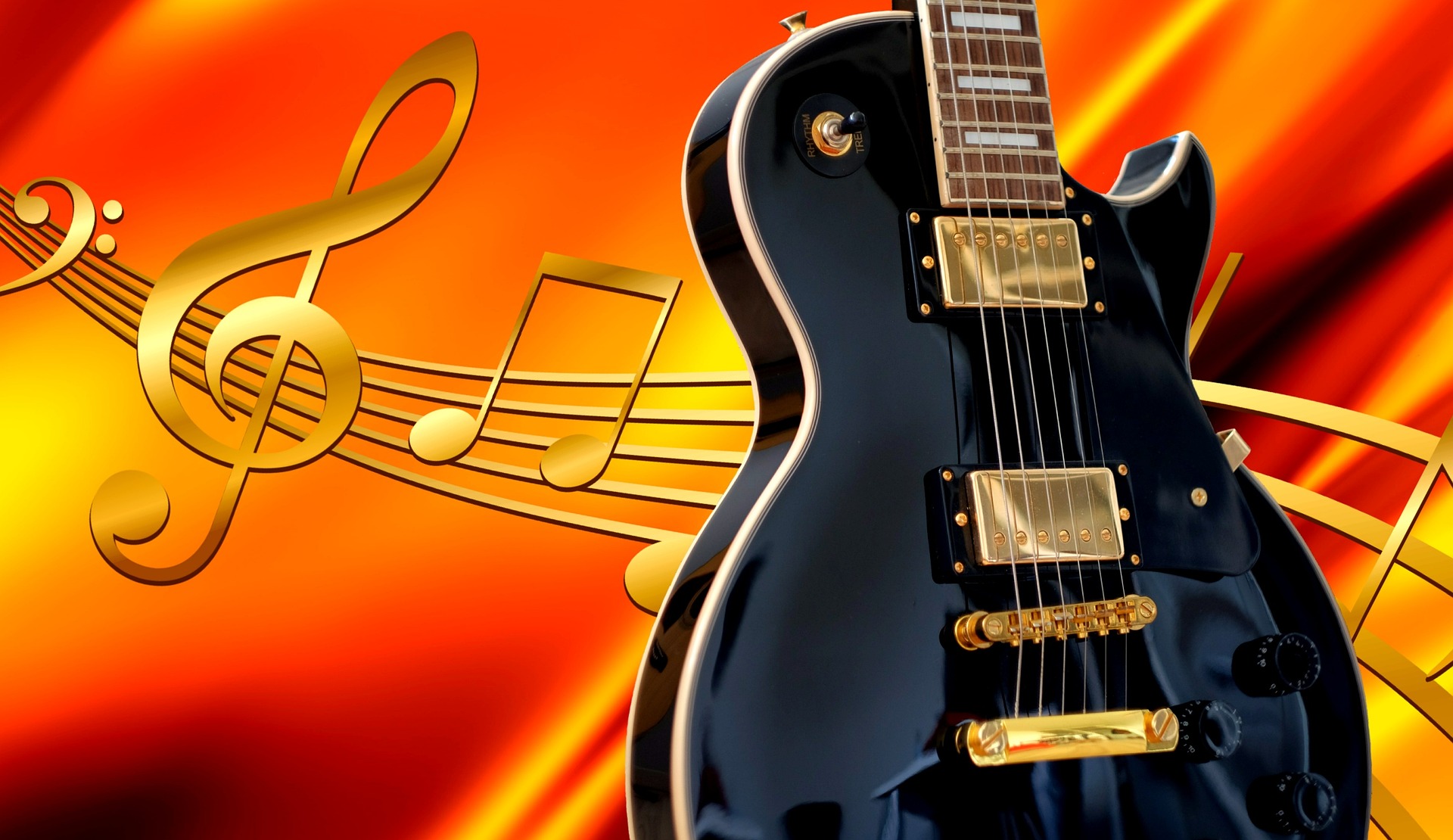 In the last couple of lesson we looked at the major scale in detail. We looked at how it is constructed and how to work out how to play a major scale in any key. This lesson we will take the same approach with the minor scale. Obviously, it is important that you understand how a minor key works, as well as major keys, as you won’t always be playing in a major key.

Below are two diagrams that show you the comparison between major and minor scales in terms of note values:

So, above you can see how the note values in the natural minor scale differ to those of the major scale. However, it is the intervals between each note, and the step pattern these create, that give the scale its sound and also allow you to easily work out the scale in different keys. Below is a diagram that shows you the intervals between each note in the natural minor scale: 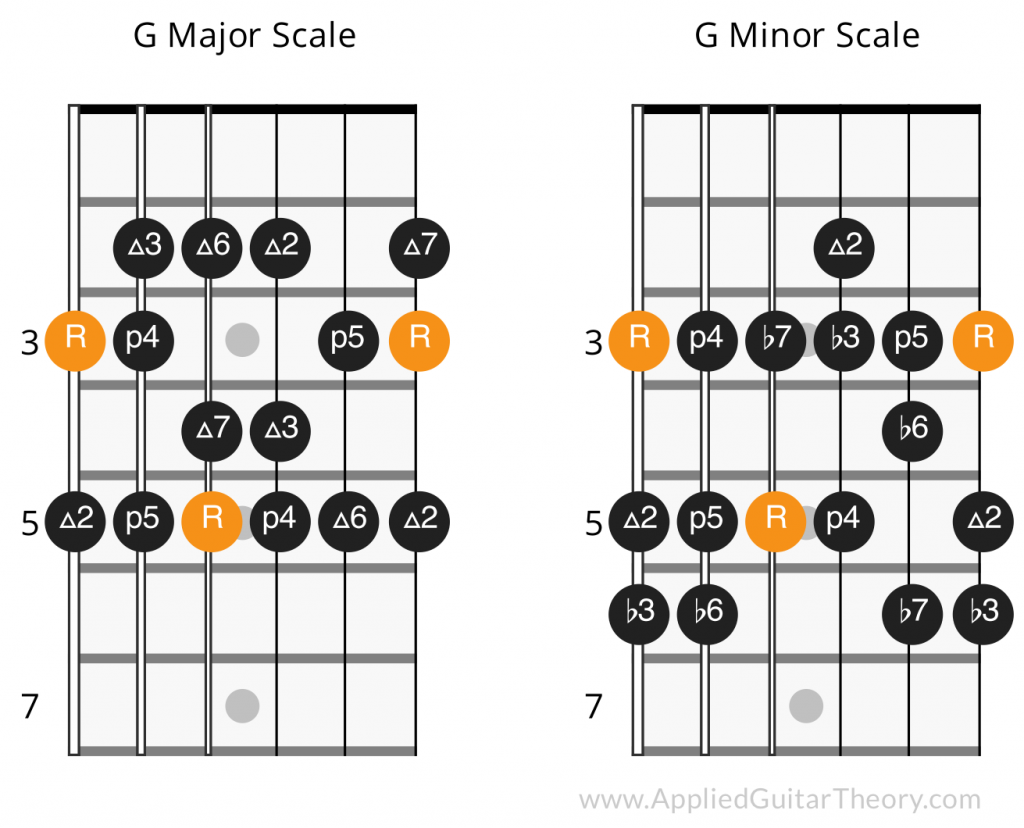 As with any scale, it is these intervals between each note that give the natural minor scale its sound. However much you transpose this scale, the step pattern remains the same. You can use this as a formula to work out the scale in any key. Below is the step pattern, or formula, that you need to remember in order to be able to work the scale out: 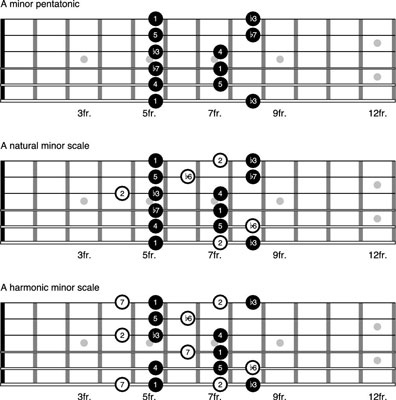 You should notice that these notes are exactly the same as the notes in the C major scale. You should also see that they are in the same order, except this time starting from the A, not the C. This is because A, being the 6th note of the C major scale, is the ‘relative minor’ of C major.