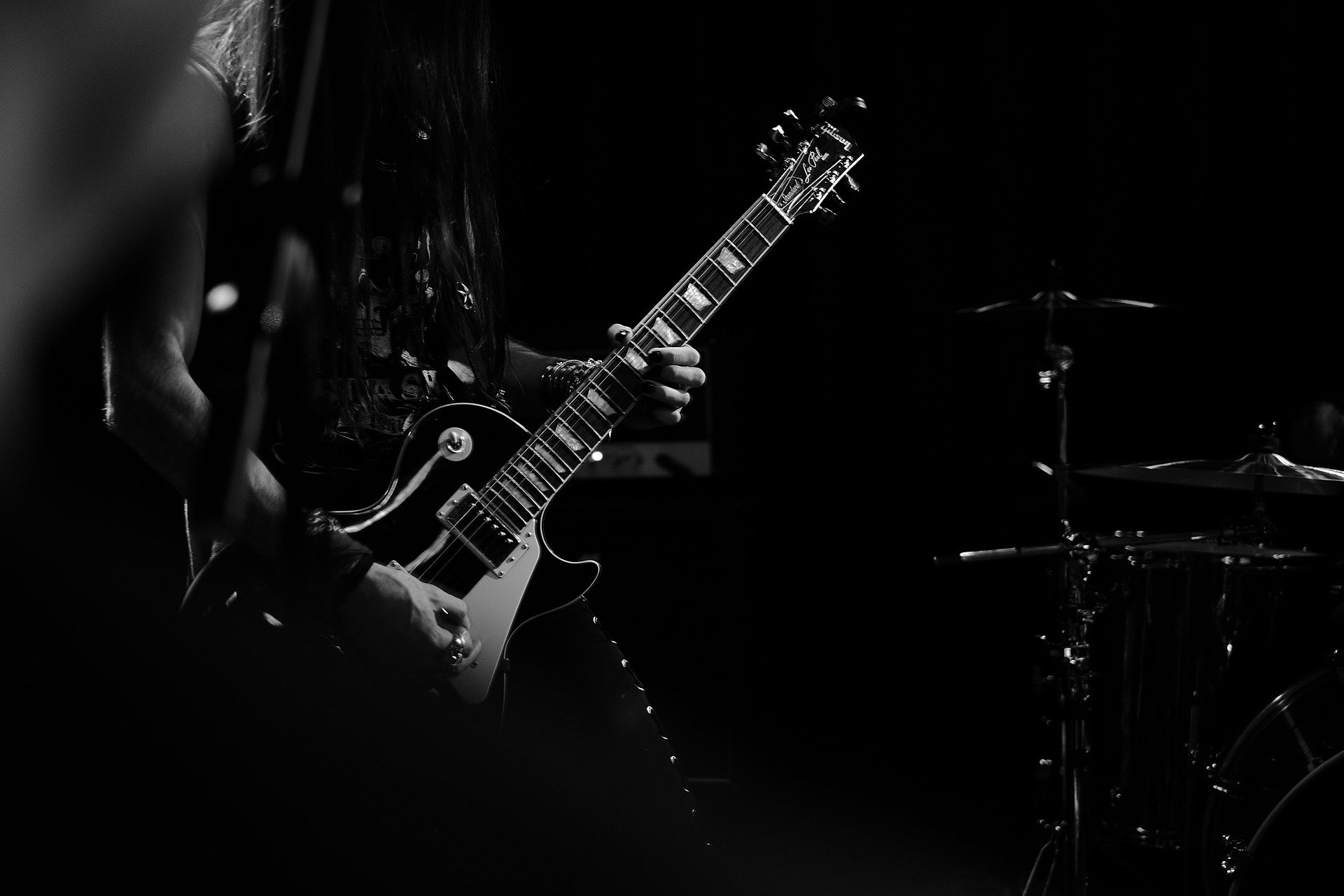 Need an amp for the house without sacrificing great tone, but also not resulting in a divorce, eviction or a guest spot on ‘Neighbours from Hell’? Thankfully the miniature valve amp is a thriving market, with plenty of great options to choose from that won’t break the bank.

Recently I added Orange’s fantastic Micro Terror to my collection, and was pleasantly surprised by how great it sounded for such a little package and only £99.

So – here’s my review of the amp. Enjoy!

I decided to buy the Micro Terror because I was looking for an amp that I could use in the house. I wanted something I could practice with, but also something that just sounded really good too. So, it was quite important for me to get a valve amp. And I also like amps that look great as well. The Micro Terror seemed to tick all the boxes and so far it’s been absolutely amazing.

About the Orange Micro Terror:

First off, it’s a 20 watt head. I bought it with the 8 inch cab that they tend to sell it with, but because it’s got an 8 Ohm speaker output you can put it with anything, so you could put this through a 4×12 cab and get a pretty amazing sound out of that. But for practice purposes the 8 inch cab does pretty well and being 20 watts, it’s actually pretty loud. It’s got a valve preamp and then a solid state power amp, which means you still get all that valve tone and crunch up of the preamp, just what I wanted.

There is a Dark Terror version, which is the black head that looks amazingly cool. The main difference with the Dark Terror is that it goes a little bit more overdriven than this version. But for me the standard head is perfect. It goes from clean through to crunch through to fairly overdriven, and then anything else you want to stick on top of that – that’s really simple to do with an overdrive pedal.

So, let’s take a little look at some of the features.

And as you can see from the video, in comparison to my hand it’s tiny. It is amazing. So, you’ve got a really simple front, with a set of classic knobs and the on/off switch with the LED just looks great. You’ve also got a headphone output which is awesome if you’re looking to practice at home. Then you have the Aux input, so you can run an mp3 player or whatever through there and practice along to your favourite tracks which again, is a really nice little feature for a practice amp. Control wise, you’ve got these really high quality nice parts. It just feels really solid. When it comes to tone, I’m not massive fan of these one part EQs, but this one does really well. So, you can go from a really nice thick tone to something that’s really sharp up the far end. And it pretty much covers all the bases throughout, which I think is quite impressive for not having a 3-band EQ.

With the gain you’ve got your preamp control. Down at the lower end it’s pretty clean where you get some nice sparkly sounds out of it. But when you whazz it right up to the max it is pretty distorted. I used to have a Marshall 900 head and when that was full on the preamp it was quite a similar amount of overdrive to this.

And on the back, again it’s dead simple. You’ve got your power and then you’ve got your one 8 Ohm speaker output. Like I say, I’m using this to go into the eight inch cab that it comes with, but if you did want to stick it into something bigger then you can. I’ve heard it’s insane when you do. It’s really loud just with the eight inch cab so I can’t imagine…well, I can fully imagine how cool it sounds through a bigger cab.

Another nice visual feature is the open view – so you can just see the valve poking up. In general, it really is a really cool little amp.

Overall it just feels like a super high quality piece of kit for the price. Highly recommended!